scurfherder
19/12/2013
Pandoo Nation is a forthcoming game that blends virtual entertainment with real life by allowing its community to have a direct impact on a number of charitable causes. To learn more about this original concept, check out the teaser trailer.

I had the opportunity to develop the look and feel of Pandoo Island along side a number of its inhabitants. The brief was to use South-east Asia as inspiration.

The first character I developed was a member of the mountain tribe. I drew inspiration from traditional tribal face-paints and head-wear. 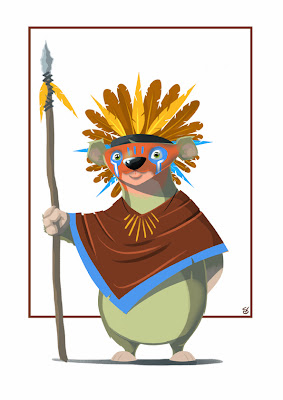 Once he was locked I was able to create a female equivalent and then the other races that would compliment their diminutive stature and build on the notion that Pandoo is populated by several unique cultures each with their own rich history.

Having I'd previously visited Borneo I had first hand experience of the rich colours, textures and cultures that make up this diverse part of the world. One of the first elements I created was the Pitcher tree which incorporated themes that were used throughout the world of Pandoo which was that it seemed to simultaneously feel familiar, yet alien. 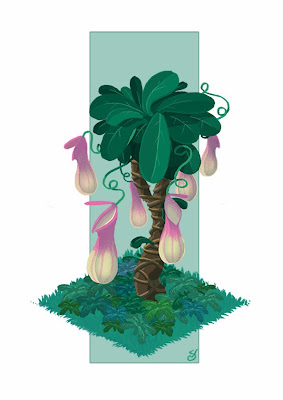 Developing architecture I was inspired by traditional buildings found across the region. 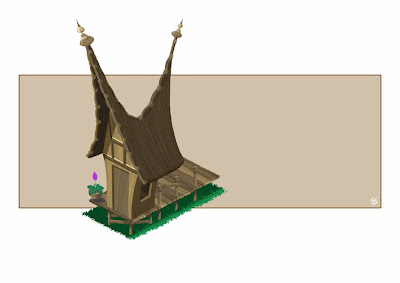 I also wanted to create a world that reflected the ramshackle nature found in the rural areas without presenting this a negative element so the colours from the local fauna were included to break up the texture and make it more picturesque. 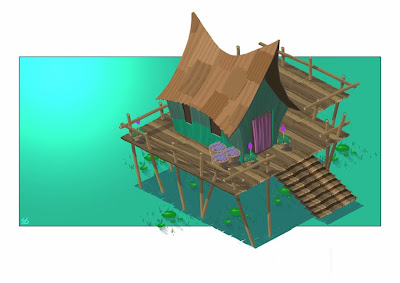 Boats were going to be a strong element of Pandoo Nation so creating believable yet fun aspect of the game so incorporating the same themes from the architecture I produced some concept art for these modes of transport. 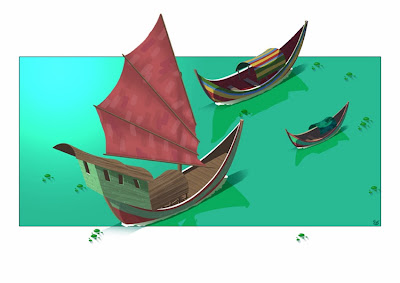 The islands that made up the world of Pandoo were situated in a lush tropical seas and building the current civilization on top of temple ruins delivered the idea that there was a rich history to the islands. 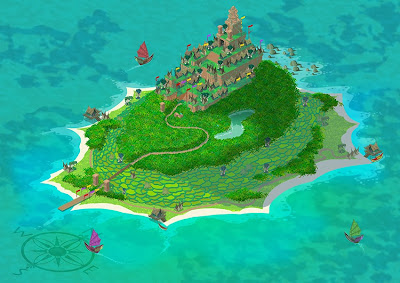 So over to you. With the game almost done, Pandoo Nation is currently undergoing an indigogo campaign for that final push to completion. So get involved, learn about Pandoo, bag yourself some limited edition merchandise and begin to make the world a better place in the process. 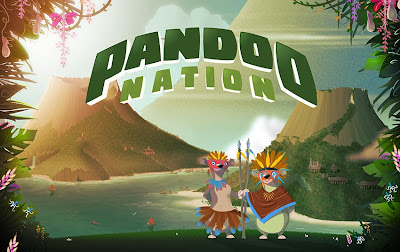