The primals are a colourful bunch of characters, Colour is a simple yet successful way of differentiating between environments, and certain hues immediately bring to mind certain geographical regions. Because of this its easy to dream up surroundings such as ice, desert and jungle levels as they're easily associated with a specific hue. 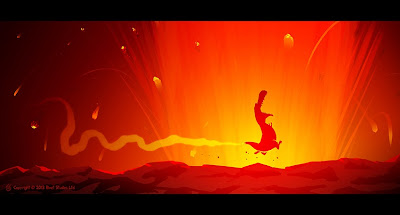 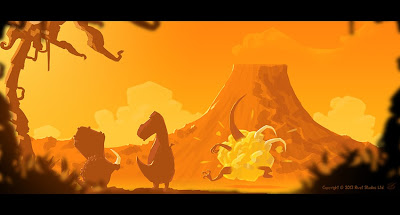 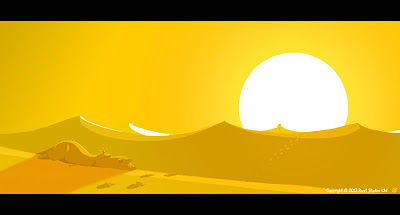 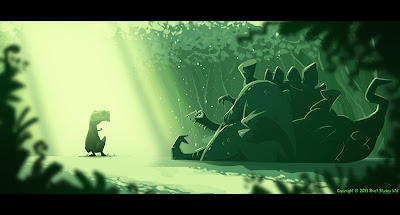 However, alongside these staple elements I wanted to illustrate some less familiar scenarios that drew from dino mythology explored in decades of popular culture. Environments such as the tar pits, or a night-time landscape lit by the unearthly glow of the comet that brought about the end of the age of lizards. Or birds... whatever they've decided today. Fish?

Anyway, enough science! Congratulations to all at Rivet on their hard work and go see for yourself as Rivet Studios' title Primal Rumble is out very soon! Get rumbling!