Baby on the move

Wow, a busy summer of both work and play has meant that I've been pretty lax on any kind of communication. Its been fun, but with the weather taking a turn for the worse I'm going to put some effort into my sketchbook and try and get some personal projects finished off. That is if i can pull myself away from my Xbox long enough.

Despite having fun playing through some great games, it does consume several hours of my free time every week. i need to find some balance. Maybe down the back of the sofa?

I've been drawing my son since (his) day one, but he changes so quickly its hard to pin down something that's clearly him. Through most of their first year, to most other people, babies all look the same. I think hes now reached an age where he's settled into something that i can focus on, but in the meantime here's a piece i did for a friends baby's first birthday. Its always tricky doing caricatures, especially of a baby as its very easy to offend the parents, but if that was the case, they were polite enough to tell me it was great. 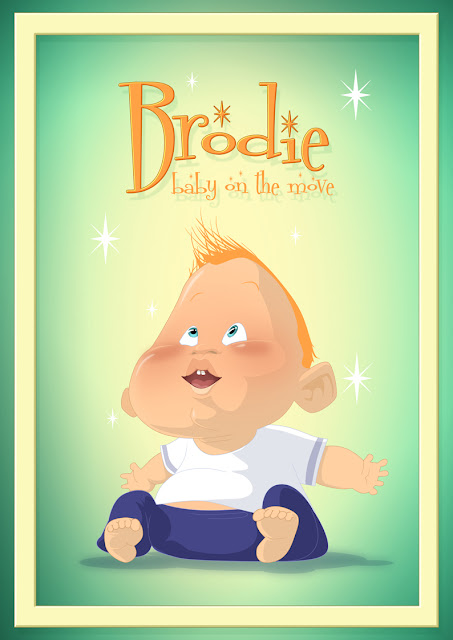