While its been several years since i picked up a copy of any of 2000AD's titles I cant deny that they were a staple part of my cultural diet throughout my teens and a stack of well thumbed issues still reside under my desk (Its been said that I'm something of a hoarder), too loved to throw away.

Its often said that the best characters can be identified from nothing more than a silhouette. While this maybe true, its possible to create a character that is identifiable through far less than that, Judge Dredd being a fine example.

Taking this into account I wanted to try and convey the strength, brutality and utter lack of humanity Dredd possesses with as little info (and time) as possible. That said and done, I think I could have gone far more minimalist and still delivered. 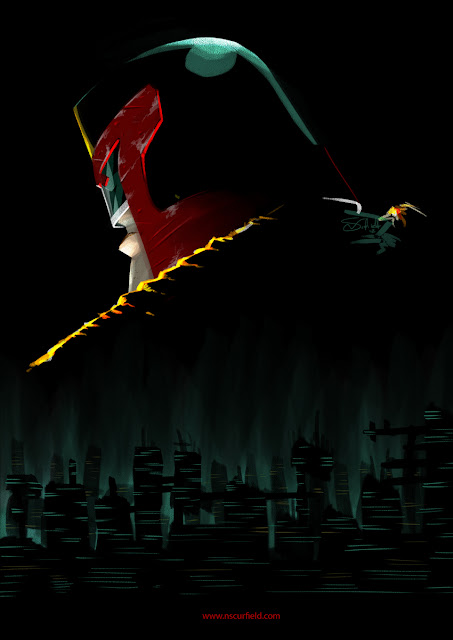