The Prodigy defined an era in my life. Voodoo People, Poison and No Good Start the Dance were staples on every mix-tape I made, I queued at midnight to buy the Fat of the Land CD, we blasted Firestarter out of our first car's stereos, and they were touring festivals throughout my late teens and early twenties.

Seeing the prodigy live is like nothing I've ever seen, or likely will again. The sheer amount of energy that is that erupts from the audience is a spectacle in itself, with the rabid crowd whipped up into a seething frenzy by Liam's music, Maxim's ring-leading and 'Mad' Keith Flint's demonic clown. 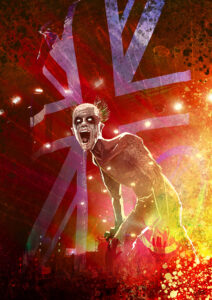 It's hard to understand how this seemed like only way to find some peace, but I have no doubt there will be little rest wherever he is now.
He'll be thrashing the afterlife into one hell of an after-show.