As a long time fan of Batman I've been eagerly awaiting the finale to Nolan's trilogy since the credits rolled on the Dark Knight, a film I see as dangerously close to being perfect.

I was doodling away in my sketchbook when I saw a TV spot for the Dark Knight Rises. Banging out a quick sketch, I realised I could make something of it so I began working it up in Photoshop and although the lines are not altogether perfect I got carried away and finished it off with what I had. Fortunately I was able to generate a strong style through the texture and hues that distracts from its minor imperfections.

Despite having been inspired by Anne Hathaway's Catwoman, its really hard for me not to lean towards the style that was developed for the Animated Batman series as it was (and continues to be) such a huge influence on me.

Anyway, all that's left to do now is be overly excited. Roll on Friday. 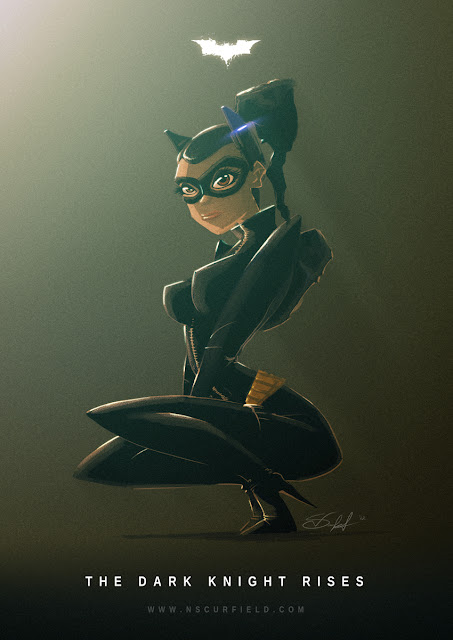