Artstation ILM Challenge Round 2b

For the Second vehicle I wanted to add to the roster of Imperial ships. Their hulking grey, angular forms are descended from the mass produced military vehicles of WWII.

American trains throw up some great shapes. They also frequently adhere to that 'Star Wars aesthetic' of being well used and feel like they've lived for generations. 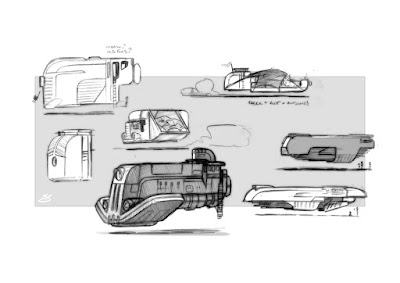 I liked the idea of developing a troop carrier, or at least an engine that would transport several 'carriages' with troops in. There are some great images of the optimistic WWII soldiers leaving for war, hanging out of windows and waving goodbye to loved ones.
With young people like Luke desperate to join the Imperial Academy, I imagine there must have been a similar romanticised moment as they embarked on their career as Imperial Storm Troopers. 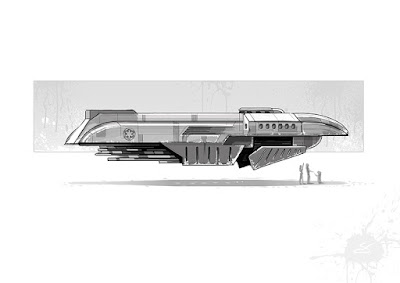 As I mentioned before, perspective and lighting are something that's always scared me away from this hard surface stuff in the past so to help, I turned my hand to some rudimentary 3D in order to help.

I wanted to capture the hope, enthusiasm and excitement of people leaving home for the first time on the promise of adventure and a vast new world to be explored... before they are butchered in a brutal war, duped by Imperial Propaganda and the lies of their superiors. 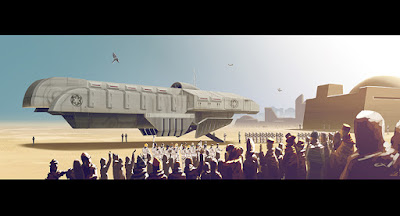 And that was that.

The quality of the work on Art station is genuinely phenomenal, so I didn't expect to make it even this far... and these aren't tears... and I'm not gnashing my teeth in frustrated disappointment... I just need a mug of strong tea. NOW.

Regardless, you can see the results of the competition here.