scurfherder
25/07/2014
(Part I)
Finally it was time to develop the characters that would populate your lair. Due to the nature of a hench-person, I took the view that they were likely to be 'done away with' by a want to be planet saver on a fairly regular basis.
With that in mind I wanted to create characters that people wouldn't become attached to and would even provide amusement when they met their untimely end. To this end I created efficient yet gormless looking characters.
Henchpersons
Hard working, minimum waged, biodegradable staff who follow orders and don't ask questions. Trained in the following disciplines.

*Due to new legislation one must now refer to ones staff as Henchpersons in order to reflect gender equality. They must also avoid heavy lifting. 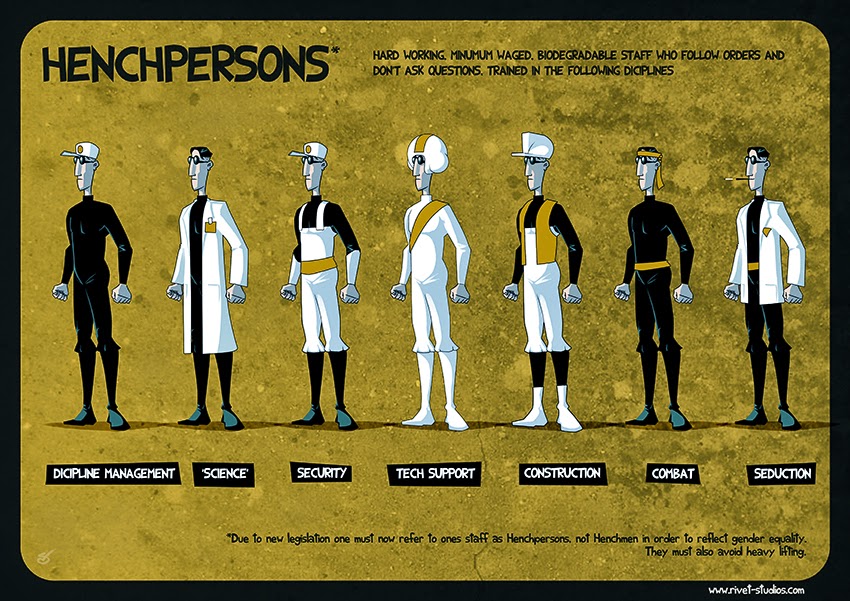 Again I turned to the Bond films of the 60's for inspiration, borrowing the retro look of the faceless henchmen that populated these infeasibly vast secret lairs.

Their costumes were designed to indicate their role within this evil organisation, each unique and instantly recognizable even when shrunk to a few pixels high. 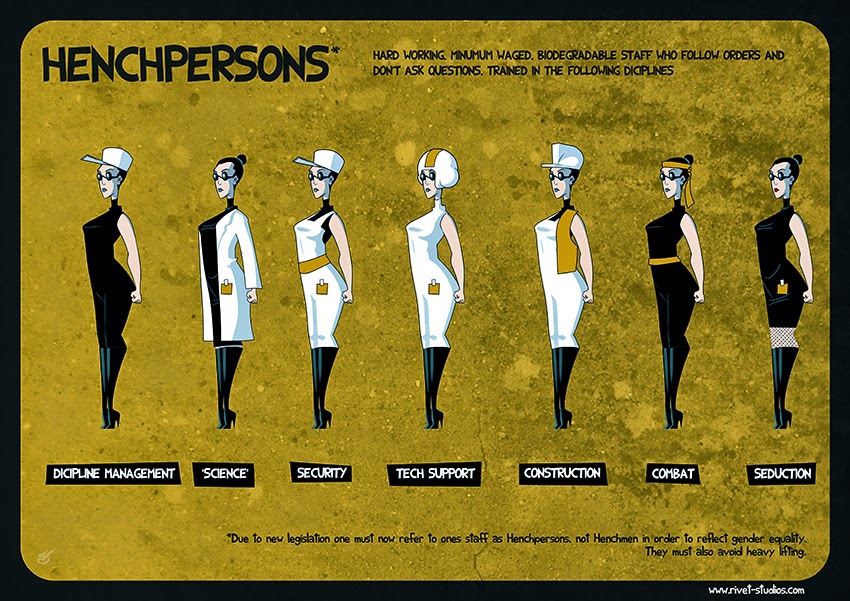 This final image brings all the elements together and illustrates a potential screen shot form the final game where the player can see their lair and the resources at their disposal.

The hue of the floor would be customisable so on invading an enemy base you would likely notice a subtle change in the environments as you attempted to sabotage your opponents attempt at global domination. 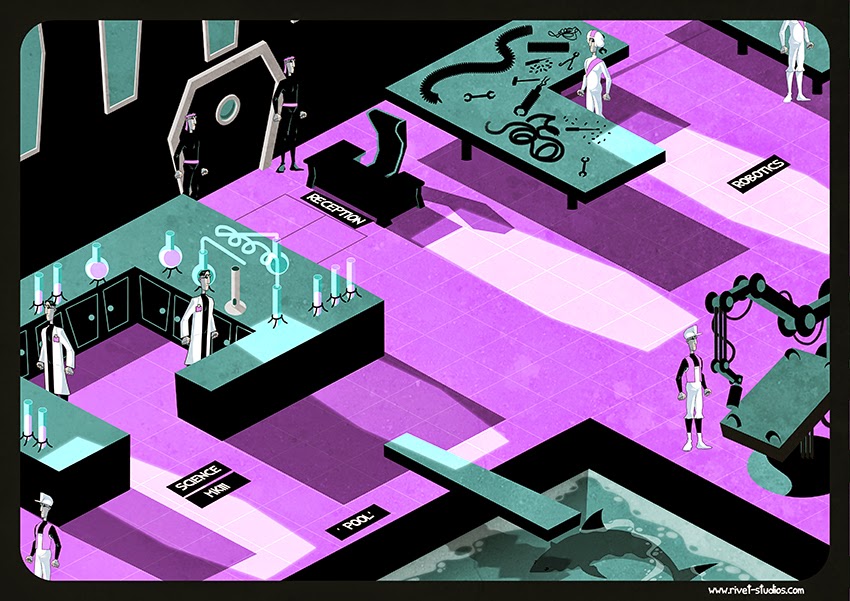