scurfherder
22/07/2016
From time to time I post work that I was commissioned to do, even if its years later and I'm still proud of the work. Wandoo Planet is one such project.

It was an interest finder app to help children source material related to their hobbies such as books, films, games, toys or anything else that grabs their attention. From its inception the clients wanted the app to exist within a living world populated by friendly woodland characters.

First and foremost the product had to be a functional app so I felt it was important to achieve a strong graphic approach. The main focus of the product is the tree, so a unique shape was required, not only so that it could be 'owned' and easily identified, but also to define the Wandoo brand. 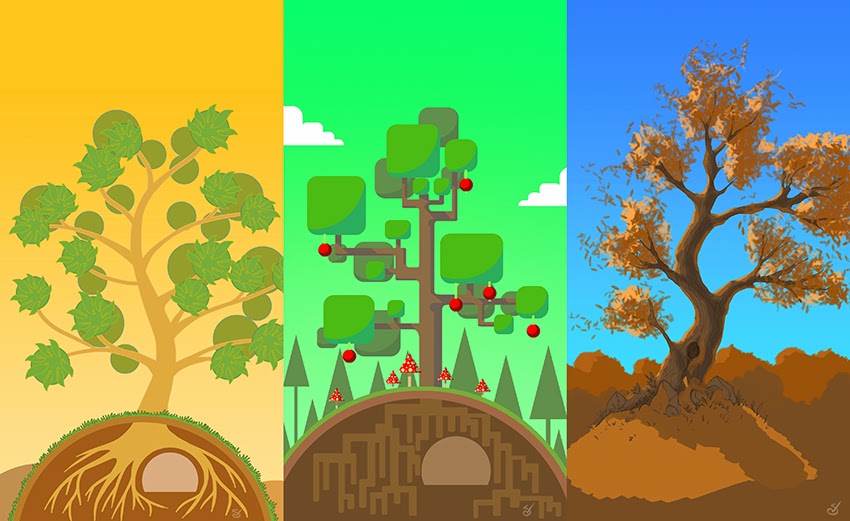 After exploring several different routes I combined several elements from different styles and arrived at the following image that was strong enough to lead the rest of the design work with its shapes and hues. 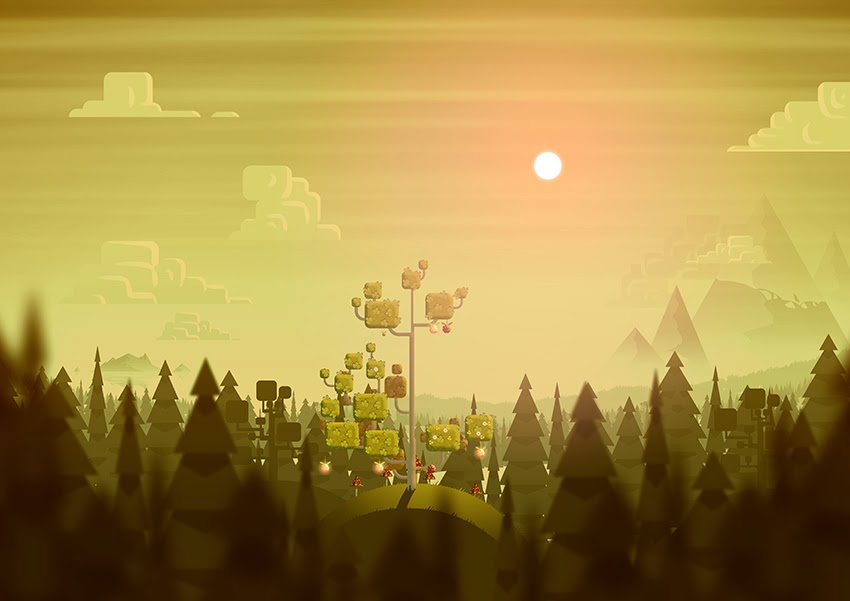 Forests have always featured heavily in literature and so I wanted to give the contemporary design a 'classic' sepia palette that would reflect its historical roots (see what I did there?) and the resulting warm, autumnal hues really brought the environment to life.

The characters that populated Wandoo Planet would be at the beck and call of the user helping nurture your tree with each character focusing on a different task. Early in the process there was a discussion surrounding the potential to re-skin the app for an adult audience. In order to retain a sense of continuity I created characters that would have strong silhouettes that would translate onto icons that could be used on buttons should this step ever come to fruition. 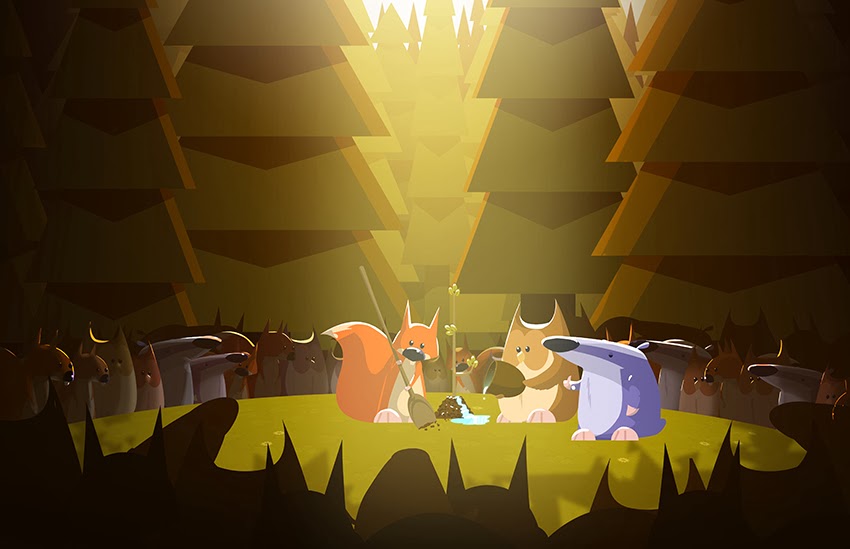 I then turned my attention to the development of the tree, exploring how it would grow from a seed up to a mature tree. 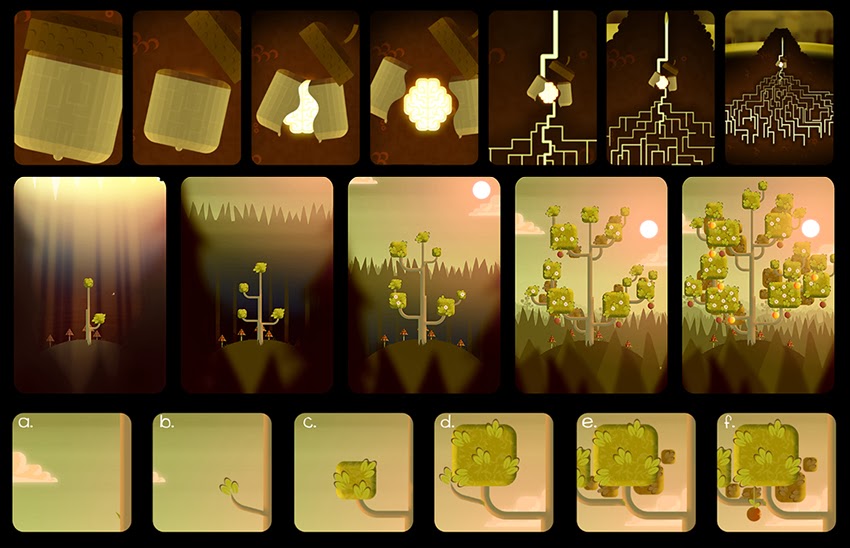 With work on the app well under way we turned our focus to an opening video that would greet users and could also potentially be used as an on-line promotional video. Working closely with the clients a storyboard, then full colour images were created which were in turn brought seamlessly to life by After Effects guru Mark Roberts.

All artwork is property of Evanced