Despite any official Announcement its looking likely that along with Han Solo, revered Bounty Hunter and fan favourite of the Star Wars saga Boba Fett is to be the star of his own film, so this seems to be as good a time as any to put out this image:-)

Last year I did an image of Judge Dredd, a character that bares some similarities to Mr B. Fett so I was encouraged to revisit the image with a Star Wars take on it.

As with my most recent Star Wars image Little Lukes Destiny, this is also part of a series featuring  armoured characters from the Star Wars universe, as they all posses such iconic designs and can be easily recognised from the bare minimum of information.

Hmmm... Perhaps I should do an accompanying Solo image? 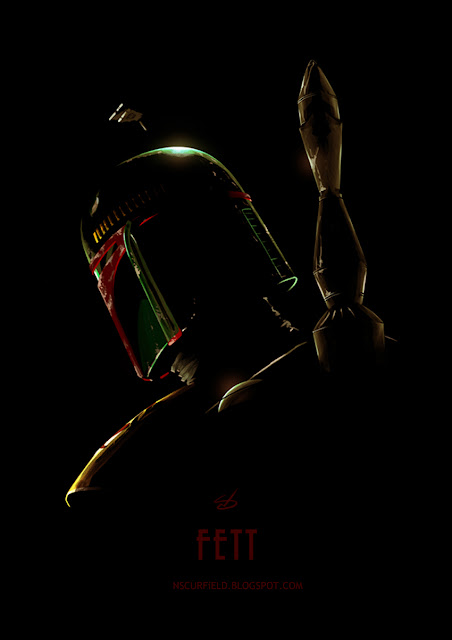 Lets hope that these new films will build on the best Star Wars has to offer and like the outstanding Clone Wars series, really deliver what was missing from the prequels.