In space, Jane will hear you scream

I've always enjoyed the graphic qualities of old sci-fi movie posters, specifically the patterns and textures that came from the now defunct printing techniques of the first half of the 20th century. I wanted to take some of these techniques and mix them up with a slice of 70's - 80's sci-fi and see what came out of the other end.

Space Jane is an old project i dusted off recently and finally got round to finishing. She's a character I've been playing around with for 2-3 years now and have finally done something solid with her.

I believe there's mileage in that thar character though so she may make another appearance before too long. I'm pretty pleased with it but will no doubt tweak and toy with it a few more times, but for now, here it is. 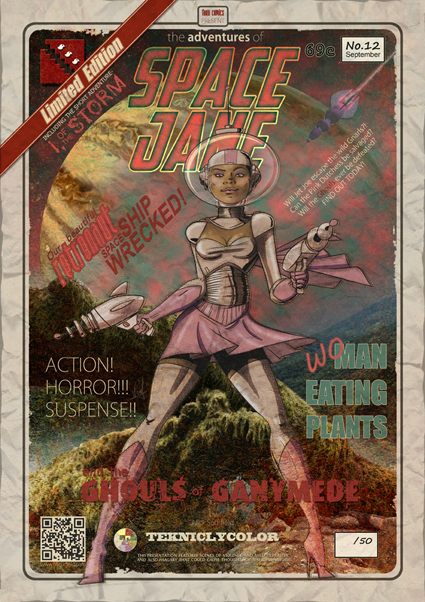