Having recently started on the 40th entry Raising Steam (not finished yet, so no spoilers) I was immediately drawn to my sketchbook to try and translate the words on the paper into images. 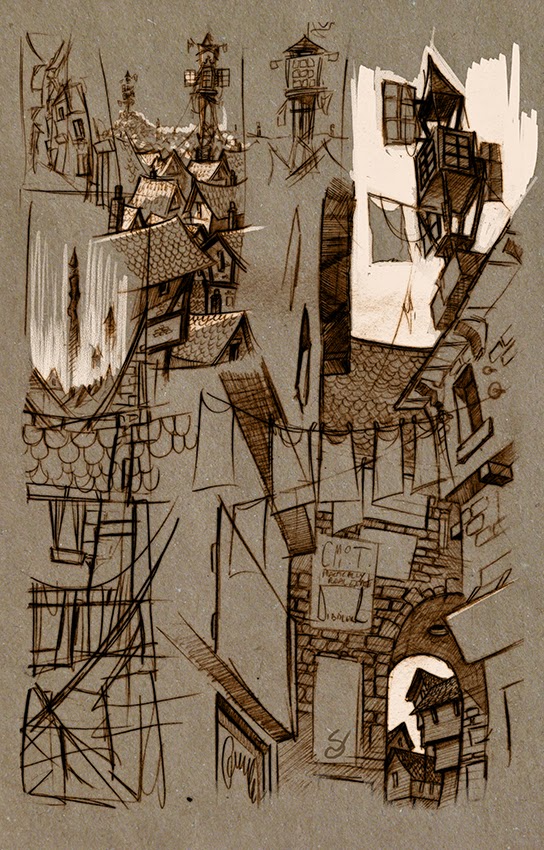 The greatest character in Terry Pratchett's Discworld books is the bustling, crumbling, stumbling but undeniably majestic capital city of Ankh-Morpork. It has grown and developed more so than even the most human characters that litter the pages of this epic series and its the evolution of this world that I love as much as the adventures that take place in it.

I'm pretty sure this wont be the last time I draw the place as Pratchett's books have the ability to spark my imagination like almost no other work of fiction.